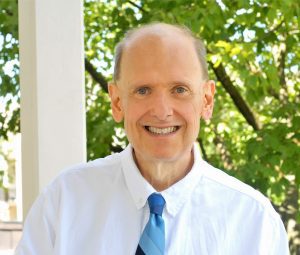 The Twenty-Fifth Sunday In Ordinary Time

On Labor Day afternoon, a few of the brothers from our community traveled to Dayton for a Labor Day picnic celebration held at the Marianist Sisters residence just south of the University of Dayton Campus. It was a very enjoyable event, and the weather was great. In attendance were Marianist brothers and priests, the Marianist Sisters, and a great number of U.D. students and those who recently graduated and have maintained ties with the Marianists through various dedications, consecrations, and commitments.

Over the course of the afternoon, I had the chance to talk to several of the young people and I must say I was impressed with them in how they presented themselves and how joyful they were. I could tell, and this is hard to describe and define, that they had a Marianist spirit instilled in them. I could feel that their current and past experiences at U.D. had a profound effect on them both educationally and spiritually. I would suggest that this is not unique to the Marianists at the University of Dayton. At various other Catholic universities throughout the country as the Jesuits at Xavier University, the Franciscans at St. Bonaventure University, the Holy Cross spirituality at Notre Dame etc. students are being formed both intellectually and spiritually through various religious charisms. I am hopeful for this generation as they, as adults, enter the world professionally and socially. They have much promise.

Years ago, I heard a mother say, who I do not believed wanted to send her daughter to a Catholic High School due to the expense after eight years in a Catholic elementary school, state that eight years of classroom religion was enough. I could not disagree more. At the most fundamental level, our religious study and formation is a lifetime process and the need to ingrain this in our children/young people must be taken seriously during their formative years. And, during the high school years, as turbulent as they can be, young people need to know how they can draw from a faith perspective to make the best decisions in addressing the tensions and questions adolescents face. As we adults know, the high school years were fun, but in retrospect, few of us would desire to return and live them again.

My theme, or bottom line of this reflection is that even though it can be expensive and a sacrifice, and it is, this Labor Day experience makes clear to me the value of Catholic education and the formative process it offers. Even though I did not attend a Catholic university, I was blessed to have twelve good years of Catholic education which laid the foundation I needed to make some proper choices and open to accept a call to religious life. We as a Catholic community need to support and back our schools, for us in our parish, that means our interest and support for St. Francis de Sales Grade School and Purcell Marian High School. These and so many other Catholic institutions of learning offer doctrine, examples of service, and a faith perspective which needs to be witnessed and applied in our world in the times we find ourselves. Let us be thankful for how we have been blessed by Catholic education and embrace the ongoing support of Catholic schools now and into the future.