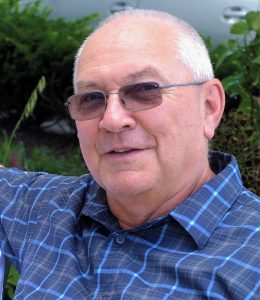 Thank you for visiting.  I hope you will enjoy the variety of topics to enhance your spiritual life.  You can either read them below or down-load them and read at your leisure.  I have also added my Sunday Homily for those interested.

The beginning of Advent takes off in this section of Matthew’s gospel towards the end with chapter 24, as we read the headings: Destruction of the Temple Foretold, Beginning of Calamities, The Great Tribulation, Coming of the Son of Man, Unknown Day and Hour.  In fact, the last title is for today’s gospel.  These titles sound like the gospel readings we just left in the last years liturgical cycle of readings.  And they are!  We end one cycle and we begin another.  But that doesn’t mean we have forgotten what all came behind us.

With the coming of Jesus’ birth which Advent prepares us for, we are reminded that it is not all over, but a continuation of the cycle of readings from yet another evangelist.  Hopefully, we are not caught in a circle or cycle, but in a spiral that leads us deeper into our salvation history through our Lord Jesus Christ in community with other Christians.  The only thing that keeps us from getting stuck in a continuous repeat of former years, that is, getting stuck in a circle of repeats, is by putting into practice what we have lived in Christ through our interactions with others and with the world.

Notice the phrase that stands out in today’s reading is, “Be prepared…You do not know the day when the Lord will come!”  The readings at the beginning of Advent do not talk about a baby.  In the early Church, the celebration of Jesus’ birth did not come until the 4th century!  Advent wasn’t added until the 6th century, and even then, it was celebrated as a minor Lent, a time for prayer and fasting!!  The creche was added by Saint Francis with live animals in the 13th century!!!  (The Germans added the Christmas Tree, since it was ever green, a symbol of eternal life.  The pagan practice was to decorate it with candles (one can imagine the fire hazard), but the practice was to honor their sun god at the winter solstice when the days were beginning to get longer.  They were quite aware of the seasons since they were mostly farmers.)

Be prepared!  How do we prepare?  John the Baptist  will show us a way in the coming readings.  Jesus tells us to ‘stay awake, do not be caught off guard.’  But how do we prepare ourselves so as to not be caught off guard?  The readings in our new Church Year cycle A, mainly from Matthew, help us to prepare, but not by reading them again as another repeat, but hopefully finding something new that will prepare us in this life.  Each homily I prepare, I try to look for something new, but also relevant to our time.  I also look to other homilists to see what they have to offer.

In Give Us This Day Fr. Timothy Radcliffe writes about the word “woke,” a term derived from the civil rights movement, meaning to be alert to the hidden prejudices that haunt our language and shape how we see the world.  He also reminds us that to be “awake” as a Christian means, in the words of Isaiah, to “walk in the light of the Lord.”  We become alert to the tiniest hints of the divine presence.  This is what I hope for us, to be alert to the hints of God’s presence in our life, despite all the ungodliness around us.  We are especially called to be awake what the scriptures are saying to us this day.  Advent is the time to start anew in reading the scriptures to be more attentive, awake, to Jesus stirring in our hearts.

Pope Francis mentions that embracing the gift of friendship with Jesus is the joy of the gospel.  Feasting on the Word of God must be our steady diet, since the words of Jesus are spirit and life, John 6:63.  The disciples, formed as servant of the Word, propose Jesus’ friendship to their brothers and sisters.  The eucharist confirms the disciple in a strong desire to preach the gospel to form a more just society.  The Eucharist is not solely for our own nourishment, it feeds us so that we may feed others.

Pope Francis continues, “The Church is like a boat and we are all in the same boat and headed to the same port!”  To say “Yes” this year to the gospel is to say “Yes” to Christ in a relationship.  The joy from the gospel is solidarity and encounter, “To go out of ourselves, and to join others is healthy for us.  It is easy to rely on computer screens for our satisfaction and the immediate sense of control they offer.  But the gospel calls for face-to-face encounters with people in their pain and joys, which can be life-giving for us as well.”  That is why I started our Pastoral Care and Outreach, not to just bring communion to the our homebound fellow parishioners, but to bring them the face and touch of Christ in ourselves.

“True faith in the incarnate Son of God is inseparable from self-giving, from membership in the community, from service, from reconciliation with others.  The Son of God, by becoming flesh, summoned us to the revolution of tenderness,” The Revolution of Tenderness,  Evangelii Gaudium 88.

On the 100th anniversary of the sinking of the Titanic, Fr. James Mallon writes of his personal feelings that day.

“My home city of Halifax, Nova Scotia, Canada, was deeply affected by these commemorations, as it had played a key role in the rescue operations.  As I write these words, I am aware that the cemetery that holds the remains of those victims who were recovered is a short distance away.  Many of the lifeboats launched from the stricken vessel that night they were no more than half filled.  In fact, in the eighteen lifeboats that launched from the ship, there were a total of 472 unused spaces.  After the ship disappeared below the water, around 1500 people floundered in the icy waters while the lifeboats sat at a safe distance and watched.  Only two of the eighteen lifeboats went to rescue survivors.  They transferred passengers to maximize free space, and it is a recorded fact that some of the first-class passengers complained about terrible inconvenience.  By the time those in the lifeboats had recalled their purpose and had gone among the victims, only nine people were found alive, and three of these eventually succumbed to hypothermia.  As I watched the movie, it struck me that this was a metaphor for the Church.”

This quote was taken from the book Divine Renovation by Fr. James Mallon, which was given out to the priests at the Archdiocese Convocation this September.  I hope they read it.

All the programs this liturgical year, from Concerts to Retreats and Scripture Study, are like lifeboats.  We are meant to go out, and evangelize through our actions, and as Saint Francis reminded his brothers, “and if necessary, use words.”  But they are also meant to draw us closer together for solidarity in our mission of evangelization to the world.

Celebrating the Eucharist during the 8th and 11th centuries:

SILENT CANON – The idea had become widespread in these parts during this period, as it had somewhat earlier in the East, that the consecration of the Eucharistic gifts was indeed something that had been commanded by the Lord at the Last Supper, and that this very action ought to inspire awe and reverence.  On account of this the words of the Canon which were so powerful in their effect were extremely sacred, for in those days they still thought the whole Canon had the power to consecrate and not just the words of institution.

Thus, to say them aloud was to show lack of respect for the sacred action, therefore, had to be performed in the most profound silence and was moreover the exclusive concern of the ordained bishop or priest.  Under Frankish influence Rome too at the latest around 1000 AD changed both its ideas and its practice.  It now became obligatory to recite the Canon softly in a whisper, and from this time onwards the whole of western Church was bound to this practice.  In the Eastern Churches, the Liturgy of the Eucharist was performed behind the iconostasis, out of the sight of the people!

ALTAR TABLE – It was well known that the altar in the early Christian basilicas of Rome was situated, as in the altar in the church of the Lateran and in Saint Peter’s today, in such a way that people could walk right around it, allowing the celebrant to face the people.  The altar of the primitive period was a simple table, made of wood to begin with, later becoming a massive stone structure.  Even after the year 1000 AD there were in Rome no light standing on the altar such as are prescribed today, nor was there a crucifix.  We know today that the placing of altars against the rear wall of parish churches was a practice introduced with increasing frequency from the sixth century onwards, probably under the influence of the practice of celebrating mass for a small circle of people in side chapels.  We also know that it was from about the year 1000 AD onwards that outside Rome the practice of celebrating mass with the priest’s back to the congregation became the general rule.  Candles on the other hand were not generally placed on the altar until 1100 AD, the cross only for the most part at the beginning of the era of devotional emphasis on the passion, in the 13th century.